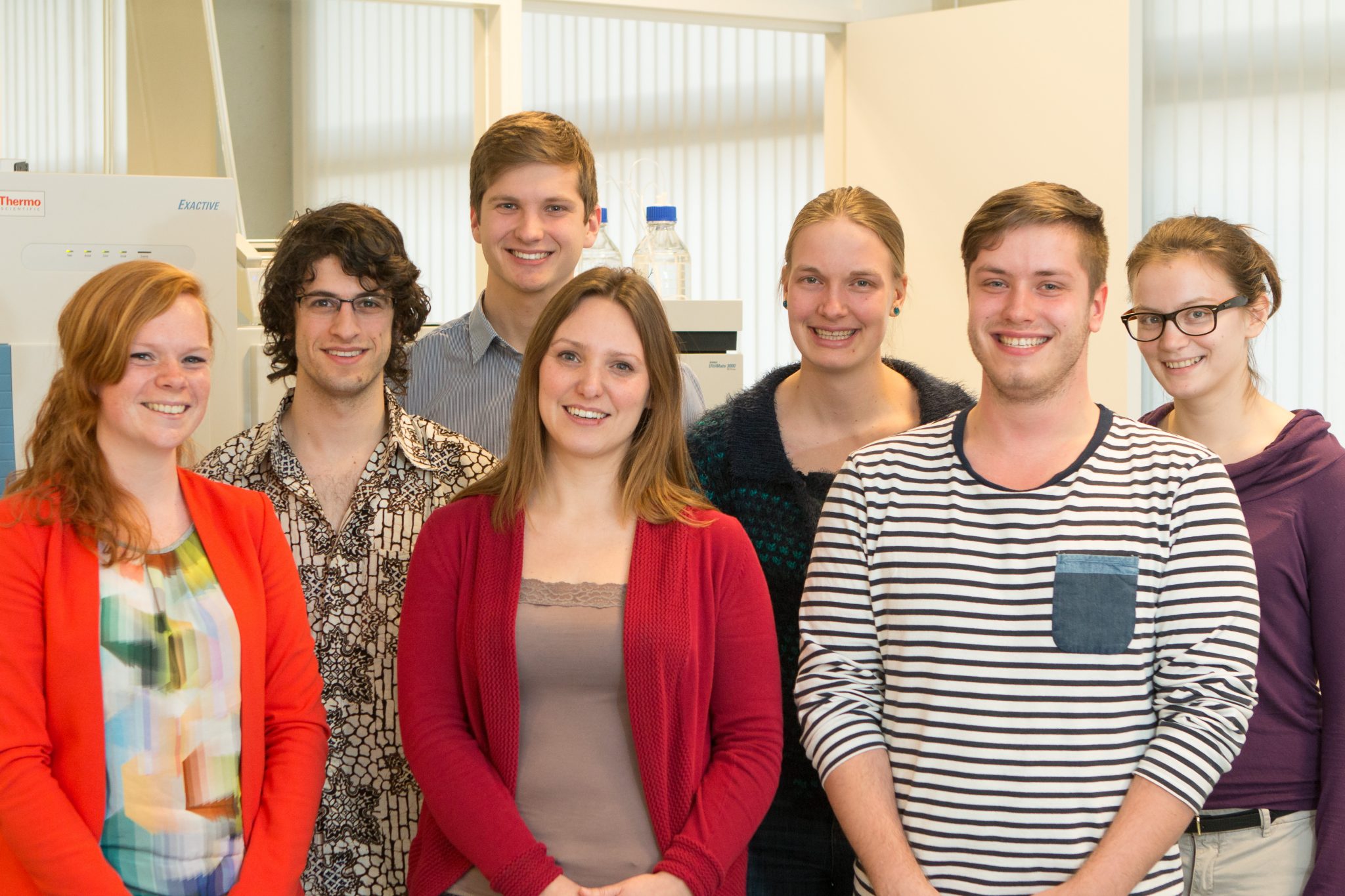 Posted at 12:44h in Groups by Celia Berkers 0 Comments
5 Likes

Celia Berkers studied chemistry at Utrecht University, where she graduated cum laude in 2003. She started her PhD at the Harvard Medical School in Boston and continued her research at the Netherlands Cancer Institute in Amsterdam. Berkers received her PhD degree with honors in 2010 and was awarded the Antoni van Leeuwenhoek Prize 2010 for most promising young scientist. She then moved to the Beatson Institute for Cancer Research in Glasgow, where she did a post-doc in the laboratory of Prof. Karen Vousden, supported by a Rubicon fellowship from NWO. In 2013, Dr Berkers joined the Biomolecular Mass Spectrometry and Proteomics Department at Utrecht University as an independent group leader and was awarded a VENI grant from NWO-CW. In 2014, she was awarded the Heineken Young Scientists Award for Biochemistry and Biophysics by the Royal Netherlands Academy of Arts and Sciences.

Drug resistance
Drugs that inhibit the proteasome hold great promise for the treatment of cancer; treatment is, however, often associated with adverse effects and the occurrence of primary and acquired resistance. Supported by a VENI grant, the lab started to elucidate the metabolic mechanism of resistance against the proteasome inhibitor Velcade®. To this end, we use state-of-the-art LC/MS and combine steady-state metabolomics screens with metabolic flux studies using stable isotope-labeled nutrients. Characterizing the pathways that cells use to adapt to the action of proteasome inhibitors could reveal novel therapeutic targets for combination treatment and could open up possibilities to treat resistant patients.

Immunometabolism
Immune responses depend on the balance between two types of T cells: conventional T cells (Tconv), that kill infected or tumor cells, and regulatory T cells (Treg), that inhibit the response of conventional T cells to self- and foreign antigens. Treg are critical to inhibit autoimmunity. Thus, patients with autoimmune diseases such as rheumatoid arthritis will likely benefit from Treg stimulation. On the other hand, Treg impede anti-tumor immunity and therefore, cancer patients will likely benefit from Treg inhibition. But because Treg and Tconv share many features – including co-stimulatory and cytokine receptors – compounds that selectively modulate different T-cell types are scarce. One aspect in which Treg may differ significantly from Tconv is in their metabolic features. In an Institute for Chemical Immunology project we aim, together with immunologist at the NKI and Sanquin, to map the metabolic differences between Treg and Tconv using metabolomics approaches.

People working in the Metabolomics group