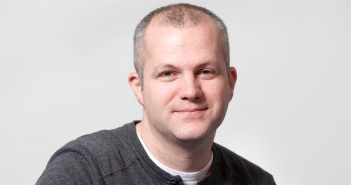 Utrecht University (UU) has awarded Maarten Altelaar (Biomolecular Mass Spectrometry & Proteomics Group and NPC Hotel Manager) a grant of 250k euros. Altelaar received the grant within the context of the European Research Council (ERC) incentive programme of the Executive Board of Utrecht University. In total four researchers received this grant, whose research proposal has been marked eligible by the ERC.


Network Medicine: the pertubed cancer proteome
Unraveling the effect of cellular perturbations on proteome wide scale is extremely challenging as the proteome is a highly dynamic entity compared to the relative static genome, with protein expression, degradation, posttranslational modification and localization being highly divergent in time. Additional complexity is created by the interconnectivity of the proteins and protein networks making up the functional proteome, requiring high throughput techniques such as quantitative mass spectrometry to study biological/molecular mechanisms in full. In this project we will develop novel proteomics technology to address this complexity and use melanoma as model system. Melanoma shows a rapid increase in incidence and is known for its aggressive nature in development of malignant metastasis and therapeutic resistance. The oncogenic BRAF(V600E) protein kinase, which leads to activation of the RAS–RAF–MEK–ERK signaling pathway, is frequently mutated in human cancer, including approximately 70% of malignant melanomas. In on-going collaborative efforts with the NKI we target the BRAFV600E proteome using high throughput (phospho)proteomics and the current grant will be assigned to the extraction of biologically relevance from the generated proteomics data by developing novel bioinformatics tools.