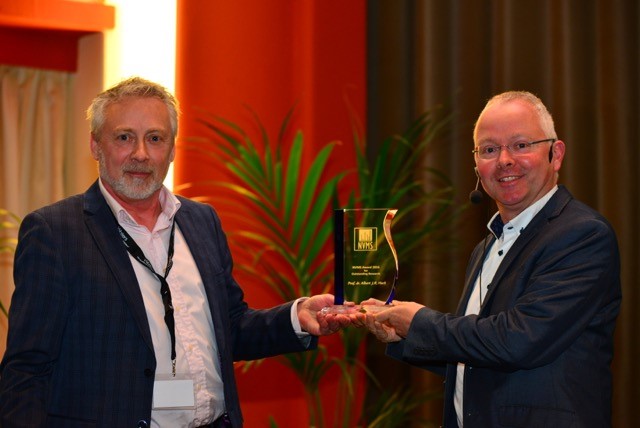 Posted at 11:03h in News by Martje Ebberink 0 Comments
0 Likes

The Dutch Society for Mass Spectrometry (NVMS) has honoured Albert Heck with the Outstanding Research Award 2016. Heck received the award for his many excellent contributions to the field of Mass Spectrometry. Heck is Professor of Biomolecular Mass Spectrometry and Proteomics at Utrecht University, and Scientific Director of the Netherlands Proteomics Centre and the large-scale research facility Proteins At Work.