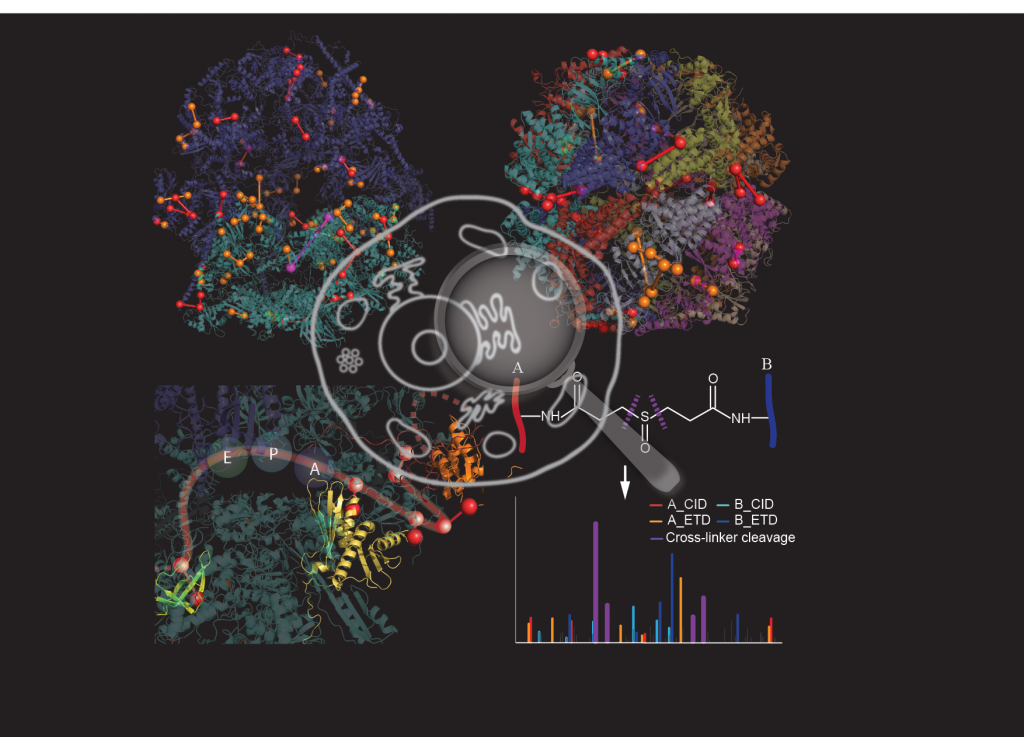 Posted at 15:29h in News by Martje Ebberink 0 Comments
0 Likes

Thanks to the work by Utrecht University researcher Fan Liu and her colleagues, it is now possible to map the interactions between proteins in human cells. Until now, this had only been possible when a small number of proteins were brought together in an artificial setting. “We are now able to see which proteins work together and where they are linked”, explains Prof. Albert Heck. “This is essential in order to understand how proteins operate in a cell under healthy conditions, and what goes wrong in diseases.” The results of their research were published in Nature Methods on 28 September.

The millions of proteins in our cells conduct all of the processes that regulate life, in constantly shifting interactions. These interactions are a lively dynamic of links between proteins – often numbering in the hundreds. Until recently, pharmaceuticals inhibited a single protein, but it is more effective to treat diseases by sabotaging the interactions between proteins. This is because the protein inhibited may actually have another useful, or even vital function in a healthy cell, which often results in undesirable side effects during treatment.

Identifying all of the links at a single glance
The technique for identifying the cooperation between proteins is called ‘cross-linking mass spectrometry’. This technique has been available for some time, but until now it could only make these interactions visible if a small number of purified proteins were placed together in a small container. However, only a limited amount of information can be derived in such an artificial setting. But now, thanks to improvements in mass spectrometry sequence analysis and a new search algorithm, researchers can study all of the links between all of the proteins present in a cell at a single glance.

From dozens to thousands
“We’ve managed to identify around 2,100 of these links, while before we were only able to map out tens or hundreds”, according to Albert Heck, Professor of Biomolecular Mass Spectrometry and Proteomics at Utrecht University. “For example, we have identified more than 100 links in the ribosome, the machine that is responsible for protein synthesis in the cell. Plus, we’ve been able to differentiate between the partners that collaborate with one another all the time from those with more superficial partnerships in this protein complex.”